UO Lost Lands is a free shard that aims to replicate Ultima Online largely as it was during the T2A era. On UO Lost Lands, we keep the base mechanics of the era, while taking common sense into consideration and striving to perfect the era. The shard's basic mechanics are firmly rooted in the T2A era (1999), with the exception of bugs and exploits.

Our shard offers a Felucca only ruleset, which means player action is never restricted, Ultima Online is a full sandbox experience.

Since the beginning, UO Lost Lands has been focused on creating a community, which has steadily gained players. Although we are not the biggest shard, we have plenty of activity in our PvM, PvP and RP communities. Utmost care has gone into our basic mechanics, and countless hours have gone into creating quality systems for players of any amount of UO experience to get involved in.

Our staff are second to none, we are friendly and willing to hear our your ideas or complaints about how we can improve the shard. Backed by talented coders, UO Lost Lands can go as far as the imagination.

A Shard By Players, For Players

UO Lost Lands is brought to you by UO veterans of over 15 years. Like many others, we have experienced the good and the bad of Ultima Online. As such, we are dedicated to bringing a great game experience. We have worked slowly toward creating both a fun and authentic experience, taking care with each change we make. The shard will continue to see content updates and mechanical adjustments from our passionate staff.

UO Lost Lands aims to include the better parts of RunUO customization, with systems that promote longevity of player interest. This includes regular scheduled events of both PvM and PvP varieties, rare collectibles and monsters, a fully fledged achievement system and a very extensive long term reward system, where rewards must be earned.

Although we accept donations, there will never be any in game benefit for a player who donates, not even cosmetic. Pay to win does not belong in Ultima Online.

A commonly asked question is how fast skills gain here. A rough guide is below:

UO Lost Lands includes a power hour feature, which allows players to accelerate their skill gain for 1 hour, each day.

Key Differences in T2A from other eras

The Second Age expansion (T2A) is the era we aim to replicate, as such, we have listed the major differences in play here.

Try us, you won't be disappointed 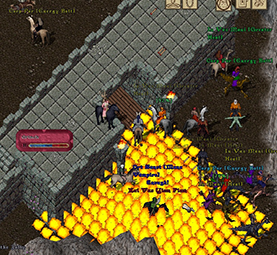